When I got my first tarot deck I went for what I found the most appealing to look at, rather than considering how easily I would connect with the cards and be able to read them.

This was okay at first, but over time it frustrated me that I was struggling to learn how to read tarot because I hadn’t purchased a tarot card deck for beginners.

Finding the right deck for me was an absolute game changer when it came to learning how to read tarot cards.

Once I bought a tarot deck that was suited for beginners I made huge progress with reading tarot and could read the cards more intuitively!

If you’re just getting started with learning how to read tarot cards yourself, I highly recommend investing in a tarot card deck for beginners.

This will make the process of learning tarot so much easier for you! 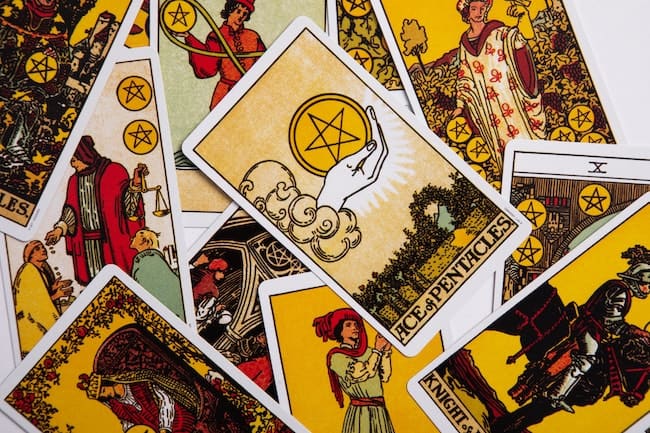 What makes a good tarot card deck for beginners?

So what exactly is a tarot card deck for beginners…?

Well, more often than not a tarot deck won’t be marketed as a “beginners tarot deck”.

However, there are definitely some factors that you might wish to consider depending on your own learning style and what would suit you best as a beginner tarot reader.

As a rule of thumb, a beginner friendly tarot deck should ideally be really rich in symbolism and have clearly illustrated scenes on the cards.

This makes it easier to interpret the card intuitively rather than just relying on memorizing keywords.

It should ideally also be a deck that aligns with common descriptions of the tarot cards, because you’re likely to search the internet for other interpretations.

If you have a deck that goes against the norm then it is going to be much harder to interpret its meanings and make that connection as a beginner.

This doesn’t mean to say that you can’t explore alternative and less traditional decks later in your tarot reading journey.

However, when you’re starting out I would recommend the following tarot card decks for beginners. 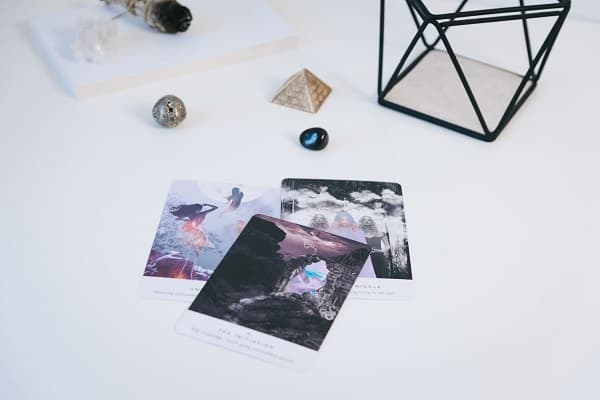 The rider-waite tarot deck is one of the most traditional tarot decks that you can buy. This means that it is perfect for beginners as almost every tarot reader out there will be familiar with this deck and its interpretations.

This deck is also incredibly rich in symbolism and has clearly illustrated scenes that make it easier to interpret than some more modern decks.

I believe that this deck is one that every tarot reader should have in their collection, particularly as a beginner!

The imagery is incredibly similar, but might be described as more radiant (hence the name).

One difference that I LOVE about this deck is that it has the card names written on them, as opposed to just the traditional roman numerals and suit symbol.

If you’re like me, you might struggle to connect with roman numerals. In this case, having the written name of the card can really help you to make that connection and build your awareness of each card.

The imagery in the robin wood tarot deck is so descriptive, and designed in a way that makes the cards very easy to intuitively read.

This deck is not quite as traditional as the rider-waite, however many people connect to these images even more.

This deck is therefore a great deck for beginners who aren’t fans of the rider-waite decks.

I definitely think this is one of the best tarot card decks for beginners out there because I find each card beautifully captures a scene that is easy to interpret intuitively.

As the name suggests, these cards are based off the classic tarot illustrations, but there is just something about this deck that makes it a clear favourite of mine.

Again, this deck includes the written version of each cards name meaning that you don’t have to struggle learning roman numerals at the same time as you are learning tarot.

This tarot deck features simplified illustrations in an attractive modern design. The cards are based on the rider-waite scenes but offer a toned down version focusing on some of the most important symbols.

The reason why I think this is a great beginners deck is actually primarily for its size. The fact that this deck is mini means that you can take it on the go and have easy access to the cards wherever you are.

Admittedly, this isn’t my favourite deck to do readings with. The reason being is that I find the cards too thick and the gold trim is really sticky, which interferes with my ability to shuffle the cards.

For that reason I don’t use this deck. However, when I was learning the meanings I found it very helpful to take on the go and to study the cards!

The easy tarot deck has some incredible visuals and I think it’s a beautiful beginner tarot deck.

It isn’t as rich in symbolism as some of the other decks in this list, but I find that each card has a really memorable illustration that makes it easier to connect to the cards than some decks.

What’s more, this deck comes with a book which is specifically designed for learning how to read tarot cards, which makes it a great tarot kit for beginners.

The wild unknown tarot deck is actually the first deck I ever bought, and it is one that I struggled to read intuitively because it’s a less traditional deck.

Now that I’m familiar with tarot meanings I love this deck! But as a beginner I didn’t get on well with it.

You might wonder why I’m including it here, then? And the reason is that I have heard that many other people loved this deck as beginners!

The truth is, we all have different learning styles and backgrounds. What many people love about the wild unknown deck is that it is incredibly rich in animal symbolism.

This means that if you’re familiar with animal symbolism and you connect in an intuitive way with animals then this deck would be incredible for you as a beginner!

It also comes in a set with a book, which I absolutely love. And both the deck and book are great tools for you to learn tarot intuitively, rather than relying on meanings alone.

This is another deck that breaks the ordinary conventions of classic tarot. The gaian tarot is based on mother nature, otherwise known as gaia.

This means that instead of the four suits of wands, swords, cups and pentacles, the cards in this deck are named after their elemental correspondences of fire, air, water and earth.

The cards in the major arcana have alternative names too, making this an incredibly unique deck.

While I wouldn’t recommend this deck to a beginner wanting to learn classic tarot, this is the perfect deck for someone who feels intuitively connected to mother earth and wants to learn a system based on her wisdom.

I absolutely adore this deck! The illustration is absolutely incredible, and so unique in that each card also includes an upside down illustration that can be viewed when pulling a reversed card.

I don’t necessarily recommend learning reversals for complete tarot beginners, but I definitely think that reading reversals can add depth and richness to  your readings.

When you feel called to learn reversals, I believe this deck is a perfect place to start!

This deck is certainly the most modern on this list, and doesn’t capture a scene like the more classic tarot decks do.

The reason that this deck has made this list however is that I know that some people struggle to read tarot intuitively at first and instead benefit from a simple system involving learning keywords and basic pictures.

I think this deck is absolutely perfect for that purpose. The cards are incredibly simple and therefore not overwhelming to a complete beginner tarot reader.

I also love that this kit comes with a book which includes some primary keywords that make memorizing tarot card meanings that much easier! 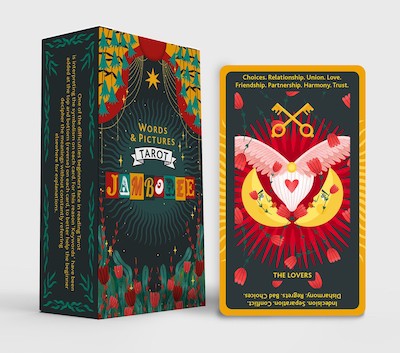 When it comes to learning tarot, a great place to start is tarot cards with meanings printed on them.

These unique decks from Words and Pictures Tarot are not only rich in symbolism but include tarot keywords for both upright and reversed meanings, making them the perfect tarot for beginners!

They're also gorgeous which is a plus, because if you're anything like me then the more traditional decks on this list might not be quite to your taste.

The only thing I would say is that if you're wanting to learn tarot intuitively you might not want to make this your forever deck, because it's easy to rely on the keywords and not truly learn how to read the cards for yourself.

Of course, there's no harm in that if that's how you wish to use them though! And they're a really handy deck for starting out. 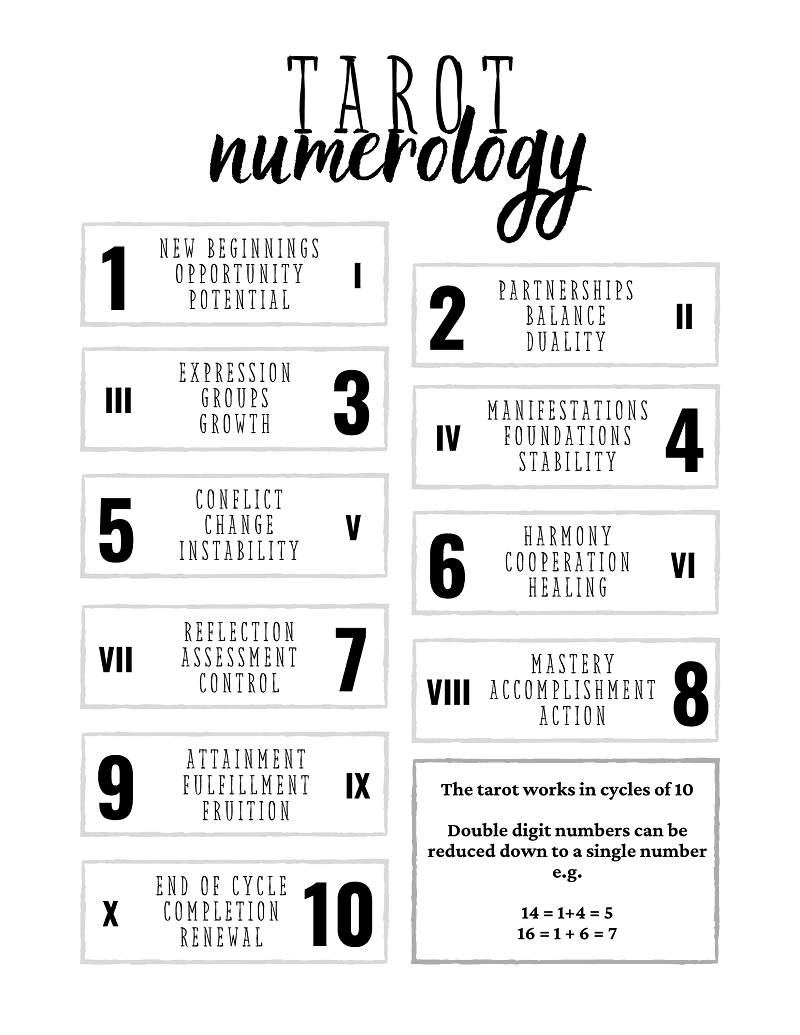 And that’s my list of the best tarot card decks for beginners!

I truly believe that there is a deck here for every beginner tarot reader, no matter your learning or reading style!

Let me know if there are any other tarot decks that you think suit beginner readers so I can add them to my list of tarot for beginners.

Want to explore more tarot for beginners? Check out these related posts: 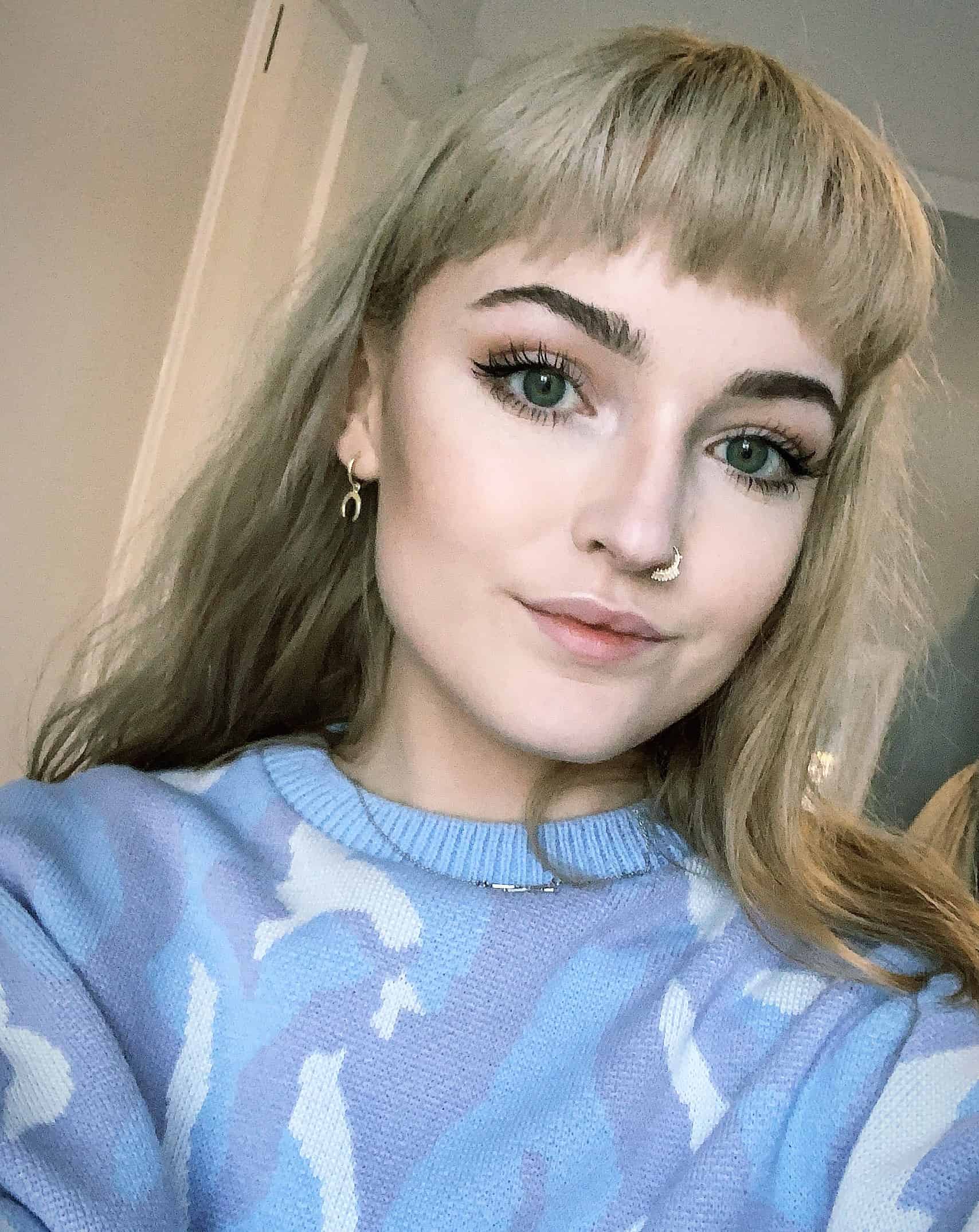 Esther is the founder of Through the Phases.  Her mission is to guide others to grow to their full potential and create their dream life using spiritual and personal growth practices. Read more about her story here! 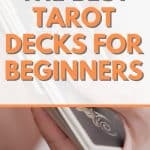 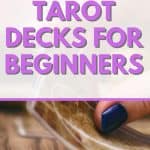 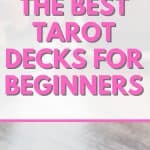